The article examines the relationship between creation and kenosis in the philosophy of religion of Antanas Maceina. The article attempts to show that divine creation is possible only when God limits his omnipotence and greatness. When God limits himself, there is an opportunity to exist for a contingent being that is free and independent. Maceina considers any action of God in relation to the world to be a kenotic action, and therefore the divine creation itself is a kenotic one. In creating the world, God limits himself by establishing Nothing next to Himself, and this Nothing becomes the “substance” of creation. If God does not limit Himself, He cannot enter into a relationship with creation, for a direct encounter with the Creator would be disastrous for man. When God reveals himself to a creature at the time of revelation, this action is also kenotic, thus increasing the mystery of God’s essence. 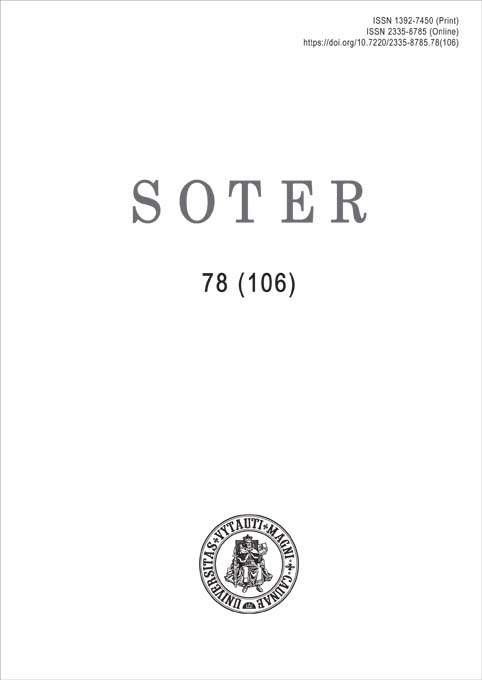