“Siberia from an Ecclesiastical Perspective" by Justinas Bonaventura Pranaitis

The Russian State Historical Archives, the foundation of the Department of Spiritual Affairs of Foreign Confessions of the Ministry of the Internal Affairs, holds a "Case for the arrangement of spiritual care in Siberia". It covers the documents of the period of 1900–1910, related to the establishment of a separate diocese of Siberia. In addition to statistical data, officials‘ correspondence, the file also contains a brief but meaningful essay of the history of the Catholic Church in Siberia, entitled "Siberia from Ecclesiastical Perspective." Her authorship is attributed to the priest Professor Justinas Bonaventura Pranaitis (1861–1917). It is this documentary essay that is published in ‚Soter‘ journal.

It should be emphasized that priest professor J. B. Pranaitis does not view the history of Catholicism in Siberia primarily as a fragment of the history of the Russian Empire (as most Russian researchers did), but integrates it into the general history of Asia, beginning with the Apostolic times, not with Russian colonization. Living a long period in St. Petersburg, the imperial capital, a home to the highest Russian Catholic institutions and their archives, the author was able to gain an in-depth insight into the situation of the Church and its changes in the regions. This is also reflected in his essay: it provides accurate data on changes in parish boundaries, on priestly relocations, details of community problems, financial situation, and little-known names and facts. In addition, J. B. Pranaitis testifies of his personal experience in Siberia: visiting Catholics in Tomsk Governorate and serving in Turkestan Parish since 1902.

The overview consists of three parts: an introduction, a description of the parishes and a conclusion. In the introduction, the author gives a brief overview of the history and geography of Siberia, the stages of colonization of the region, provides statistical data on Catholics. The professor describes the most important events of Catholicism in Siberia from the Apostolic times to 1812, when the Jesuits established the parish of Irkutsk. In the main section, J. B. Pranaitis gives the history of the parishes, statistics and his remarks on each parish. He concludes by describing the difficulties and joys of the pastor's ministry in Siberia, the bishops' concern for pastoral care in this vast region. 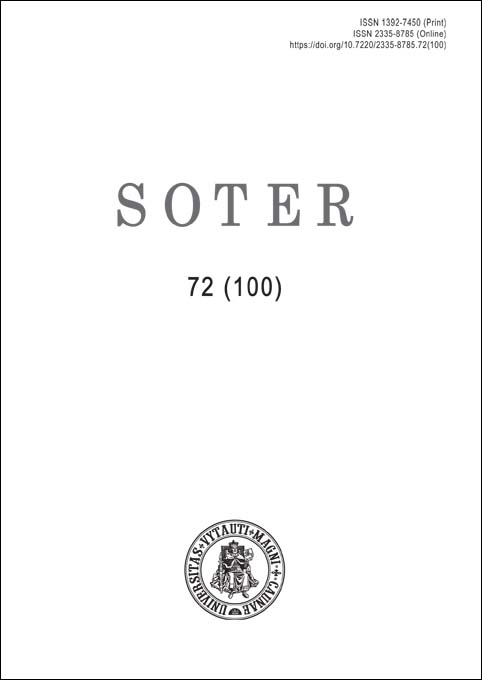