The Network of Monasteries in Lithuania: Historical Development

The article presents the main trends of the development of the network of monasteries in Lithuania and their architectural features. The development of monasteries that have or are operating in the present territory of Lithuania is analyzed. Monasteries create conditions for the unique way of life of their inhabitants. The territorial network of the monasteries influenced the landscape, but in some cases the landscape also determined the choice of the place of the monastery and the activities carried out. The monasteries themselves can be analyzed in the context of the sacred heritage or as the specific communities characterized by a defined institutional structure and exceptional religious way of life.

The monasteries of Orthodox, Old Believers and Basilians also have worked in Lithuania. Orthodox monks had their monasteries in Trakai (already in 1384), in Vievis (operated from the 14th century to 1810), in Surdegis (Holy Spirit Monastery emerged at the first half of the 17th century and operated until 1915), in Vilnius (from 1609, the monastery of the Holy Spirit has been operating until now), in Kėdai­niai (operated from the middle of the 17th century to 1798), in Kruonis (operated from the second half of the 18th century until 1810), in Pažaislis (operated in 1842–1914 at the captured Camaldool monas­tery). The female Orthodox monastery was functioning in Antaliepte in 1893–1914. At the beginning of World War I, Orthodox monasteries were evacuated to Russia, but later some of the monks returned. In contemporary Lithuania Orthodox Holy Spirit Men’s Monastery and Mary Magdalene Women’s Monaste­ry are operating in Vilnius.

The Old Believers monastery in Gudiškiai (Ignalina district) was active at 1728–1755. An important center of the Old Believers operated from the second half of 18th century until 1841 in Degučiai (Zarasai district). The Unitarian Basilian Monastery in Vilnius was founded at the beginning of the 17th century. The Basilian monasteries also functioned in Kruonis (from 1629 to the first half of the 19th century), in Padubysys (from 1753 to the liquidation in 1835, the town was named Bazilionai according the name of the Basilians). 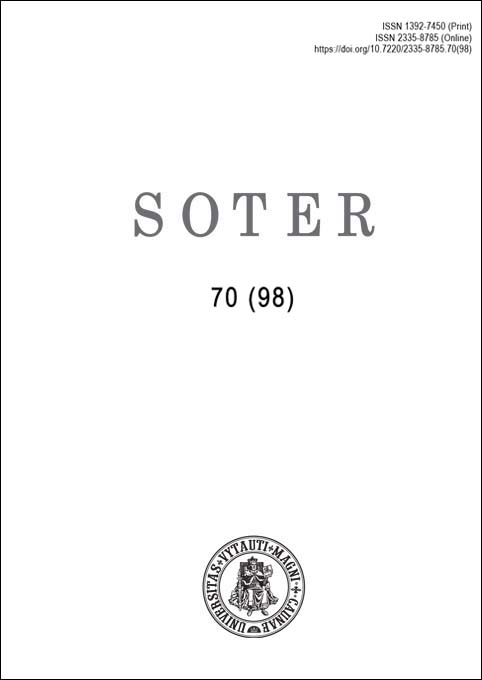