Has Marshall Mcluhan’s Media Theory Influenced the Formation of the Catholic Church’s Approach to Public Communication?

The article analyses the question of whether the media conception of one of the most prominent media theorists, Marshall McLuhan, has influenced the formation of the Catholic Church’s concept of communication tools. The conclusion of the study is negative: the position of the Church has developed independently from the theoretical discoveries of the Canadian professor.

At the time when one of the most outstanding media theoreticians, Canadian Marshall McLuhan, reached the peak of his popularity, the question of social communication tools became a relevant topic discussed in the documents of the Catholic Church. In 1964, Vatican Council II promulgated the Decree Inter Mirifica on the means of social communications; later on the pastoral instruction for the application of the Decree Communio et progressio was issued in 1971. Pope John XXIII invited McLuhan to cooperate and appointed him to the Pontifical Commission for Cinema, Radio and Television – to help to prepare the documents for the Vatican Council II. Afterwards, in 1973, Pope Paul VI designated him to the Pontifical Commission  for  Social  Communications  –  to  aid  in  accomplishment  of  the  resolutions  of  the  Vatican Council II documents. The article analyses the question of whether the Canadian professor might have influenced the development of the Catholic Church’s conception of communication.

Firstly, the article shortly presents McLuhan’s media theory and its origins. Then, the article investigates the  Catholic  Church’s  approach  to  the  means  of  social  communications  and  its  development  with greater attention paid to Pontifical Encyclical Miranda prorsus by Pope Pius XII, Decree Inter Mirifica and pastoral instruction Communio et progression. The third part of the article is dedicated to the comparative analysis of McLuhan’s media theory principles and pastoral instruction Communio et progression, which is considered to be the most comprehensive exposition of the Church’s approach to social communication. It is complemented by the analyses of historical facts and circumstances.

The article concludes that McLuhan’s media theory did not affect the Catholic Church’s conception of communications means. This conclusion is based on two arguments.

Firstly, positions of McLuhan and the Catholic Church essentially differ regarding the nature of media. The documents of the Church up to inclusive Communio et progression do not reflect neither the idea of human  extensions nor media actuality treated as medium – new living environment which is being created by media hybrid alliances. They are not being understood as autonomous reality that operates independently from human will. Technologies in Church’s documents refer to two sources. They are the product of human activity but human being acts here as the secondary cause. In essence, technologies present the “extension” of the  twofold  Divine  activity.  Firstly,  they  are  the  continuation  of  God’s  creation.  When  human  being  creates them, he participates in the work of Divine creation and functions as a successor of His creative action – he perfects creation and develops himself. Secondly, by creating and using means of social communications, human being partakes in the communion of the Divine Persons, which is self-giving in love.

Thus, both  positions  derive  the  conception  of  communication  media  from  different  sources.  McLuhan emphasizes artefacts and their power to transform human mind and social structure that originates from media’s nature as a human extension. Meanwhile the Church’s documents highlight the aspect of the process – creation and communication, which is “projected” to the “planes” of Divine creation or Divine communication. Therefore, we will consider McLuhan as a representative of the anthropocentric viewpoint and the  Catholic  Church  as  a  one  of  the  theocentric  approach  to  the  communication  media.  According  to the Church’s documents, human being preserves his subsistence while creating and using the means of social communications, he is a participant of the Divine creation and Divine communication, continuer of the one and another. Wherefore technologies are considered and called the gifts of God. Secondly, fundamental difference between these positions is related to the so-called technologicaldeterminism.  McLuhan  is  concerned  about  the  media  itself,  its  transformative  power,  not  its  content.  The Church’s documents do not reflect the media as a message and concentrate on its content. The srticle examines the controversy with officials of Vatican, professor’s critics directed to it and his own interpretation about the true causes of the failed cooperation. 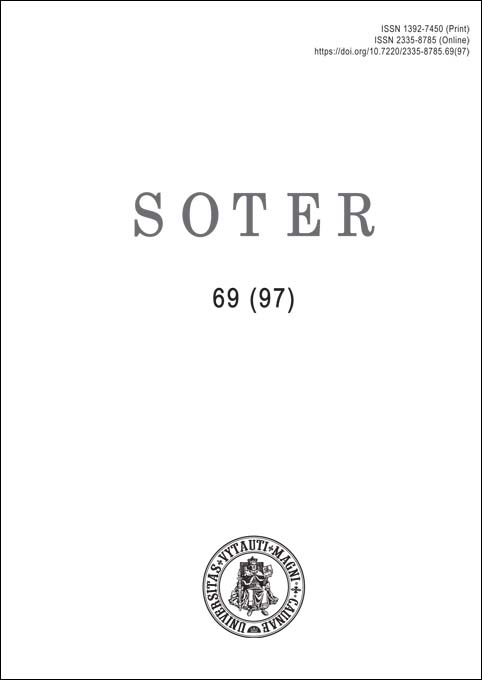