Story of the Diary of the Maid of God Elena Spirgevičiūtė

Elena Spirgevičiūtė (1924–1944) was a resident of Kaunas city killed by bandits connected to the Soviet partisans - one of these bandits was Alfonsas Čeponis, later announced to be the hero of the Soviet Union. In the judgement of the Archdiocese of Kaunas, she was recognized to be a martyr for the faith, and she is now called “Servant of God”; her cause for beatification is being prepared. In this report, the history of the diary written by Spirgevičiūtė, a student of St Casimir Sisters Girls School and from 1940 a student of Kaunas VIII gymnasium, is examined. It covers four phases: the phases of writing (1939–1942), rewriting and the circulation of copies (1948–1949), the treatment of the original and the copies (1949 and 1959) and the spreading awareness of the diary (1992–2018). This diary reflects the daily life of a student, her values and spiritual life during a period that in the historical sense was a turning point. The report does not, however, explore the contents of the diary, as it highlights time and again, but the history of its text, i. e. the beginning of writing, the features of the text, its visibility, the fate of the original and sources of the copies, together with the number and features of the copies. Not only do these studies clarify the fate of the text itself as a historical source, but also the cultural and political vicissitudes of its treatment. These aspects have not yet been examined, their highlights systematically noted, until now, but such a treatment is necessary towards the cause for beatification of Spirgevičiūtė, and for making her and the contents of her diary better known. 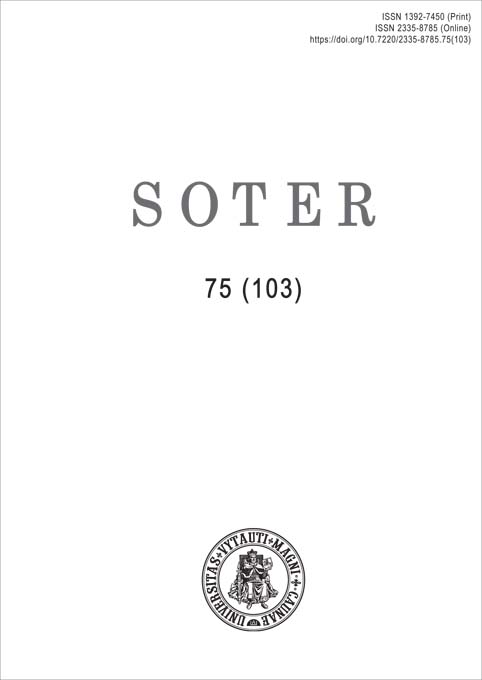