The present article analyses one of the seven cardinal sins indicated in the Church teaching, the sin of greed. It reveals and discusses the development of the conception of greed based not only on the Bible but also on the patristic sources, providing the moral evaluation of this sin and highlighting its features and causes. In order to reach the aim set in the article, the alternative of the Church to the cardinal sin will be considered, i.e. life in poverty.

The contemporary Church teaching has distinguished seven cardinal sins: pride, greed, lust, envy, gluttony, wrath, and sloth (acedia). One of these, the sin of greed, has been referred to as a mortal sin by the Church, as other vices arise from this one. Analysing the concept development of the vice from the Biblical and patrological perspective, the main features of the sin in the Church teaching, its causes, and the alternative suggested by the Church, i.e. life in poverty, have revealed that the term greed refers to a disorderly desire of material wealth. In the Holy Scripture, the term greed is used both directly and indirectly, which means a desire of material wealth and leads to idolatry. The lists of the vices are different: in some sources, such sins as greed are distinguished, while in others it is not. Desert Father Evagrius perceives greed as a demon, which  is  intertwined  with  other  demons,  which  are  body  part.  Apparently, gluttony and  lust  are  identified  with  greed  as  it  involves  these  two  ideas.  The demon  of  greed  dwells  in the physical part of the body. One can fight with it with brotherly love, because it destroys not only wealth, but also the temporary life of a person. Contrary to Evagrius, Saint Cassius grounds his ideas on the Holy Scripture. He refers to the sins as faults, which can be natural and non-natural. The sin of greed is ascribed to non-natural sins; therefore, everyone, following the example of Jesus and using his / her own will, can get free from it. The Catechism of the Catholic Church is also based on this classification of deadly sins. It emphasises two main features of greed: the commitment force and the importance of the subject. The causes of the sin of greed are the following: the impact of the world, the impact of society, the impact of a negative example and the  public  atmosphere,  and  the  impact  of  the  personal  atmosphere,  which  can  depend on relatives (e.g. parents) and the greedy person himself/herself. Thus, from the perspective of moral theology, the evaluation of greed is based on external and internal criteria, which can describe the ease or gravity of this sin. Therefore, moral evaluation is inseparable from the moral performance of human actions. The person is free to choose, and the problem in contemporary society is not in living in abundance, which is viewed as an advantage, but in the unwillingness to live in the real poverty. The Church calls for a morally justified life and invites us to free ourselves from the sin of greed by revealing the danger and consequences of this cardinal sin and providing a solution, i.e. life in real poverty. There is a struggle between life in sin  and  moral  life,  and  material  poverty  contributes  to  this;  this  is  the  free  giving  of material things to others without deprivation and spiritual poverty, i.e. forgetting oneself and opening one’s heart. A Christian poor person is the one who deals with the wealth according to today’s rather than tomorrow’s law: “Each day has its enough trouble of its own” (Mt 6, 34). The real poverty obliges us not to seek luxury, excess profit, and the accumulation of wealth; it obliges us to conform to the requirements of the Gospel and the social justice of the Church, using the wealth moderately so that we could perform our duties. It is necessary to proclaim the real external poverty in everyday life. 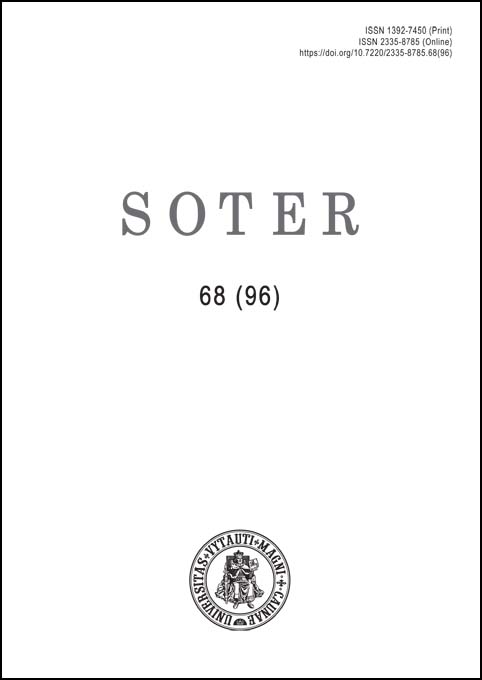