In Lithuania, the procedure for the termination of pregnancy, the majority of which is carried out according to woman’s will, is regulated by the equivocally assessed 1994 Order “On the Procedure for the Execution of a Pregnancy Termination” approved by the Minister of Health of the Republic of Lithuania. The Law on Patients’ Rights and Compensation for Damages to Health (No. XI-499) states that consent to interventions may only be given by a person who has the capacity to express his will, who has received sufficient and clear information and is given in free will. In Lithuania, unlike in other European countries, there is no systematic help to a woman who is undergoing a crisis pregnancy and who is considering the choice of abortion. Therefore, the article poses a problematic issue: does a woman seeking abortion can properly express her will, i.e. is she really informed and guided by her free will.

Lithuania is probably the only country in the European Union which does not have a law on the termination of pregnancy. On the basis of the only effective “Pregnancy termination procedure” approved by the order of the Minister of Health of the Republic of Lithuania in 1994 and the Law of the Republic of Lithuania on Patients’ Rights and Compensation for Damages to Health (No. XI-499), woman’s desire to terminate her pregnancy must be subject to certain requirements, first of all person’s expressed consent for intervention and information on the intervention which must be given by medical staff. The Law of the Republic of Lithuania on Patients’ Rights and Compensation for Damages to Health states that the consent of a person to intervention is considered based on information and appropriate if it meets the following 4 conditions: 1) is given by a person who can express his/her will properly; 2) is given after receiving sufficient and clear information; 3) is given by the patient (his/her representative) in free will; 4) complies with the requirements of the form prescribed by law. While pregnancy termination is considered a simple procedure in medical aspect, ethically it cannot be equated to normal surgical intervention for several reasons: abortion is meant for the destruction of embryo, pregnancy is not a disease, the abortion itself is not attributed to any kind of treatment. Research conducted in Lithuania and other countries confirms that the majority of women who have experienced abortion or decided to terminate their pregnancies are generally aware that this is something more than a simple medical procedure, that the abortion discontinues human life. According to the legal acts in force in Lithuania, it is defined that the consent to intervention may be given only by a person who is capable of expressing his/her will, who has received sufficient and clear information and is given in free will, that is to say not coerced by anyone else. 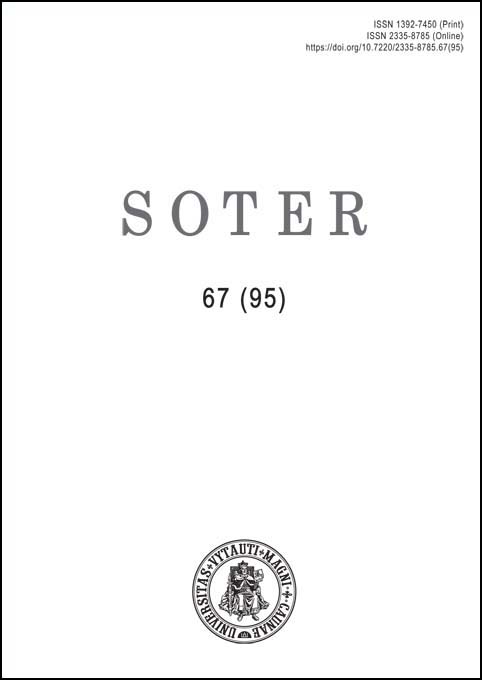