Rapidly changing modern world imposes new challenges on the system of education, the school, teachers and society. Researchers (Aitken, 2008; Bond, 2011; Niemi, 2012; Bond & Sterrett, 2014) emphasise that changes emerging in all spheres of life, first of all, rest on the school and the teacher and require from the latter a set of new and broader competencies. Assurance of implementation of a shifting vision, goals and objectives of education also call for new competencies of educators (Barkauskaitė, 2005). According to G. Mažeikis (2007), changes and market requirements for the structure of competencies encourage reassessment of the already possessed competencies as well. A particular focus is laid on the ability to change (Mažeikis, 2007) or to adopt new competencies. A well-marked orientation of the researchers towards emphasizing leadership, as a separate ability, in the structure of competences (Miller & Cable, 2011) is clearly diverted to the models of leader’s competency (Jokinen, 2005; Hollenbeck & McCall, Silzer, 2006; Bolden & Gosling, 2006; Sydänmaanlakka, 2013).

Over the last few decades the idea of new leadership, which has been raised in the research area, has been associated with The Transformational Leadership Theory (Leithwood & Poplin, 1992; Avolio & Bass, 1995; Dubrin, 2004; Bass & Bass, 2008; Yukl, 2013). According to that it raises the purpose of this study – to contribute to the abilities of transformational leadership competency conditioning pedagogical professionalism from the perspective of teacherspractitioners.

The analysis of scientific literature revealed that concepts of teacher professionalism depend on social, cultural, economic and political context and the phenomenon is determined differently in different countries connecting it with the professional standards of respective profession. In this study pedagogical professionalism is grounded on the Description of Teacher’s Professional Competences of the Republic of Lithuanian (2007) as on the standard of teacher’s profession approved at the national level.

The analysis of scholarly literature allows to state that the transformational leadership competency consists of abilities, which may be grouped into five components:

• Idealized Influence (attributed): to provide followers with a sense of vision and mission; to demonstrate/instil pride in followers for being members of a group; to give up own interests for the sake of the group’s benefit; to demonstrate self-confidence and a sense of power; to serve as a personal example;

• Idealized Influence (behavioral): to clearly formulate goals; to demonstrate confidence in followers; to base activities on fundamental moral values; to possess a clear vision and to be able to convey it; to initiate changes; to constantly apply self-reflection and improve;

• Inspirational Motivation: to inspire followers to commit to, to assume responsibility and to become a part of the shared vision; to encourage seeking of higher results; to create positive microclimate; to motivate; to inspire followers to give up own interests for the sake of the group’s benefit; to promote and create culture of collaboration; to critically think and to address problems in an innovative way;

• Intellectual Stimulation: to act creatively and to encourage and support followers’ creativity; to develop and empower followers for learning; to encourage followers’ self-dependence; to provide feedback to followers;

• Individualized Consideration: to help followers achieve maximum within the limits of their own abilities; to acknowledge individuality of followers; to diagnose individual progress; to consider followers’ needs and interests; to provide conditions for followers’ self-realisation; to approach followers as personalities rather than members of the group.

According to the theoretical and empirical study we conclude that the abilities necessary in teacher’s practical work: communication and collaboration, cognition and understanding of learners, acknowledgement of individuality, facilitation of learners’ progress, innovativeness, creativity, a role of a teacher-leader are directly related to such components of transformational leadership competency as intellectual stimulation, individualised consideration, inspirational motivation. Teachers-practitioners place strong emphasis on abilities that include individual cognition of learners. The importance of those abilities is disclosed both through tailoring of the educational process to individual needs of learners and through diagnosing of progress. Another group of abilities, which is frequently mentioned by the informants, includes communication and collaboration skills. 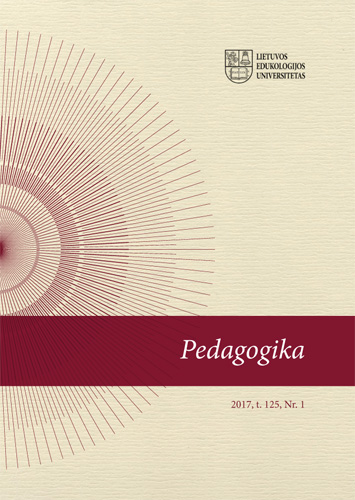