About Dialectology Lessons at Lithuanian Schools: a Qualitative Study

Modern standard Lithuanian language is the result of the development of the language over a period of time. The basis for the language was the dialect spoken in the western part of the Aukštaitija ethnographic area of Lithuania around the city of Kaunas. The vitality, wit, and meaning of the language can be better understood through dialects.

Today, however, dialects are less and less used by pupils, teachers, and students of philology; we hear less of them on radio and TV. It is understood that public use of dialects is limited by the fact that not all residents of Lithuania can understand texts in local dialects, so the most distinctive, interesting, unexpected, and expressive dialect words and words of the standard language are used passively making the language bookish, its syntactic structure rigid, and changing the whole grammar. Dialects for many pupils and young people are associated with poor language, provincial intellect and other negative associations. Such thinking is provoked by the lack of information and reluctance to take interest in one’s own local dialect as well as many other socio-cultural reasons. However, dialects are a very important part of Lithuanian culture. Many people in the21st century are bilingual, because they can speak both the standard language and dialects or at least the language with clear or slightly felt distinguishing characteristics.

Contributing to EU attempts to promote local languages and having regard to the fact that the living tradition of dialects in Lithuania is in decline, the Seimas declared 2013 as the Year of Dialects.

Objectives of the research: 1) to discuss the situation in teaching dialects at general education schools and opportunities for improvement; 2) to compare the attitude of teachers and pupils to dialects; 3) to compare the attitude to dialects of teachers and pupils who work / study in an environment which has a specific dialect and in an environment which does not have a specific dialect.

The scientific problem of the article is whether teaching and learning dialects in today’s globalised world help students and teachers form their identity?

Research methods: literary analysis, analytical descriptive method, survey of teachers and pupils, and analysis of the data of the survey.

The research showed that teachers in the regions pay more attention to dialects than teachers in the city of Vilnius. Most teachers are satisfied with the theoretical material provided in the Lithuanian language textbooks, but would like to see a wider range of interesting and practical tasks. All teachers associate teaching dialects with literature lessons; activities of teachers from the Žemaitija (Samogitia) ethnographic area of Lithuania are particularly interesting as they read the books of Samogitian authors in the Samogitian dialect. Although pupils tend to assess dialect lessons positively, sometimes a very pragmatic approach to dialects can be seen: dialects are not interesting, because pupils do not see benefit from it. 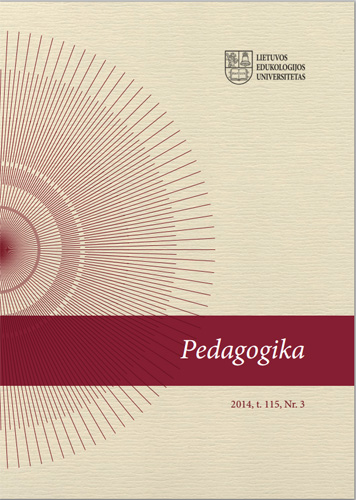