DOES CRIMINAL LIABILITY FOR THE IMPAIRMENT OF THE HEALTH OF A NEWBORN INFANT IF THE UNLAWFUL CONDUCT WHICH CAUSED THE HEALTH EFFECTS OF THE CHILD IN THE WOMB INFRINGE THE MOTHER‘S RIGHT TO PRIVACY?

Health, as a public good, is one of the greatest values of modern nations. Still, as the world and medicine and the legal system evolve, more and more complex issues  begin to be examined. For many years now, legal scholars have been debating what constitutes a human being, from what moment a person is born, but it has recently been debated whether health can really only be protected from birth, or whether certain rights or legitimate interests may be protected even when the fetus is still in mother’s womb. It is usual that when the question of the protection of the fetus is raised, the rights of the mother are encountered as well. It is in this context that the woman's right to privacy is important. The mother’s right to privacy is increasingly being defended in a modernizing world. This right is not absolute and can sometimes be restricted by the rights of others. The fetus in the mother's womb may have a certain right to health, but its legal protection in each state begins at a different point in time. It is not clear whose interests need to be protected more: the mother's right to privacy or the fetus' right to health.

During the research, the following elements were analyzed: the object of the crime against human health, the subject matter, the right to health, the moment of the beginning of life, the signs of vitality and the mother's right to privacy while drinking alcohol, smoking or consuming other harmful substances. An analysis of the legal systems of different states and an analysis of the practice of Lithuanian courts  were also performed.

The investigation has shown that the imposition of criminal liability on a mother for a serious damage for fetus’ health while the fetus is in the womb should not infringe her right to privacy, and that such a restriction on her rights is short-lived and avoids serious consequences for the fetus' health.

First of all, during the research it was established that the beginning of life in Lithuania is connected with the moment of birth; the “pro choice” theory prevails. However, although the legislation does not directly provide legal protection for the fetus, recent case law has shown that in some cases additional fetal protection is provided for the fetus in the womb.

Finally, it has been established that the imposition of criminal liability on a mother for the impairment of the health of a viable newborn in the womb should not be considered to infringe her right to privacy, given that the restriction of the mother's right to privacy is short-lived and has no lasting effects on the fetus where a health disorder can have persistent phenomena for the rest of a person’s life. Fetal development has also been shown to be an integral process, starting from the moment of fertilization in the mother’s womb and lasting throughout his/her life. In this context, it should be considered that his/her interests should be protected to a certain extent. 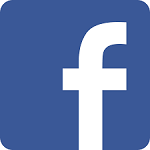