“You are Unrealistic Man”: Some New Personal Traits for the Characteristic Portrait of Leftist Intellectual and Historian Stasys Matulaitis

DOI: https://doi.org/10.15823/istorija.2015.24
Keywords: biography of Stasys Matulaitis, Soviet historiography, historian’s relationship with the totalitarian regime, eect of ideology and censorship on the studies in history, the conict in the Institute of History in 1950

The article presents the main facts from the biography and scientific activity of historian Stasys Matulaitis with a special focus on the final years of his life. Matulaitis’ public speech delivered on 10 November 1950 in the Institute of History of the Academy of Sciences of the Lithuanian Soviet Socialist Republic which was targeted against the head of the institute Juozas Žiugžda as a falsifier of history is one of the examples of attempted resistance to the policy of control and indoctrination of historical memory undertaken by the totalitarian system. A former long-year Bolshevik and advocate of the Soviet system convinced in the rightness of his activities, Matulaitis took a critical approach towards his earlier position and became an unpersuadable opponent of the Soviet regime. The metamorphoses of Matulaitis’ life reflect the dramatic changes of the epoch. The present article evaluates the evolution of Matulaitis’ attitudes in the context of the attitudes of various other leftist intellectuals who admired Bolshevism for a certain period of time in their lives or leftist intellectuals who were simply sympathizing with the USSR towards Soviet regime and their disappointment with it. The article comes with some previously fully unpublished Matulaitis’ texts of anti-Soviet content: the act of finding of anti- Soviet texts (Matulaitis’ proclamation Citizens and Diary), written by the employees of the State Museum of History and Revolution of Lithuanian Soviet Socialist Republic, Matulaitis’ Diary written at the end of 1950 and a proclamation Citizens as well as his anonymous letter to the editorial office of the newspaper Tiesa. 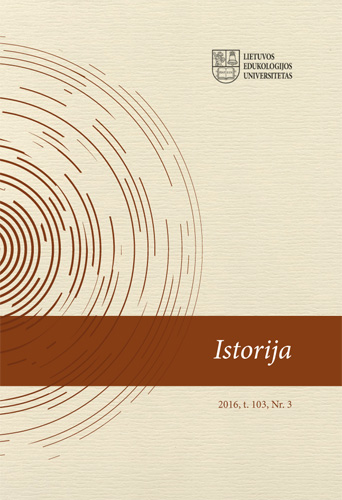