2029-5820.28.2.1 Support to women who have experienced intimate partner violence: between theory and reality

This article examines the provision of support to women who have expe­rienced intimate partner violence, drawing on the dominant theoretical perspectives, their origins, history, development, strengths and weak­nesses, as well as international and local legislation. The psychopathological perspective, which focuses on the search for the inner problems of the par­ticipants in the violence and the transfer of personal responsibility for their life choices, is considered to be a theory that pathologizes the victims of violence, belittles their experiences and justifies the perpetrators. The family perspective, which focuses on people’s subjective experiences in general and on the small social environment in particular, downplays the importance of protecting victims and punishing perpetrators and is seen as being too focused on preserving families. The feminist perspective of gender equality,identified in international legal documents, based on gender as a fundamental socio-cultural and psychological mechanism shaping and modeling the be­haviour of women and men, which also considers forms of violence other than physical violence, and sees violence as a male drive to dominate wom­en, reinforced by the agreement of structural institutions, is considered to be the most comprehensive in the process of providing assistance, and the one which best responds to the needs of the victims of violence. The arti­cle uses a qualitative method to investigate a problem that has been little explored in Lithuania, collecting information through semi-structured in­terviews with six women who have experienced intimate partner violence. Content analysis was used for data analysis, while grounded theory was used for data coding and for the construction of categories and subcatego­ries. Content analysis was used for data analysis and for the understanding of the phenomenon of men’s violence against women; grounded theory was used for data coding and for the construction of categories and sub­categories. The study identified the sources of help used by women, the worldviews and practices of society, community sources, institutions, and the effectiveness of the services provided to women in helping or hinder­ing them to seek help and to escape from abusive relationships. The study showed that in many cases, during the provision of assistance, the victims of violence are blamed, the actions of the perpetrators are justified, and the violence is seen as a private matter for the couple. It was found that the possibility to deviate from the neutrality principle, to follow the woman-to-woman paradigm, allows for effective service provision. 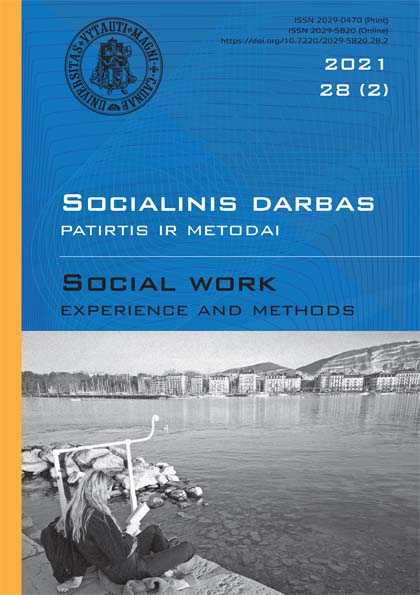